We Know That “Little Things” Make A Big Difference 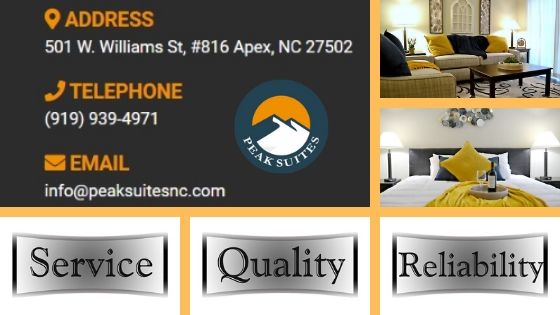 No Task Too Small

Maybe it was the time I met a trailing spouse whose husband was relocated to the area. She was left to care for their two twin toddlers with another baby on the way. Perhaps it was the family living in a furnished apartment because the father was seeking treatment for cancer. Regardless of the reasons, in both scenarios, I observed that their service requests were extremely important to them.

In the first situation, the trailing spouse needed her cable fixed and the living room television was not working right.  When I spoke to her on the phone, I could hear her two little ones screaming in the background, “Where is Little Einsteins?!!!”  She was pleading with me to get her cable fixed, if for nothing else to save her sanity for the day.

When I arrived at the apartment of the relocating family, I could hear the toddlers through the door. They needed a diversion. Sometimes Mommy needs a little peace and quiet.  The television was on the wrong input. Thus, it was a quick and easy fix.  Problem solved, and Little Einsteins to the rescue.  Despite how simple it was to fix, the overwhelming appreciation from Mom gave me such a sense of satisfaction.  I felt as if I had been the hero to the rescue.

In the second family, with the dad having serious medical issues, they called about needing a mattress changed out.  The father, who had been at treatment during the day, could not sleep in the bed at night, even though he was so exhausted.  When family received a softer mattress for the dad, their thanks and appreciation really impacted me.

In both experiences it was doing the small things with care that made such a resounding impact with these individuals.

Over twenty years ago, when I started in this business, I took a job right out of college as a customer service representative. This was with a corporate housing company in Washington, DC.  It was a pretty standard service job. I answered customer service calls, fulfilled service requests, and ensured customers were satisfied with their service.  Some time, during that experience, I came to a life-changing realization.

Think back to the two stories in the previous section.  A television on the wrong input and a mattress that was too firm.  Most in my industry see quick fixes, and they were, but my reflection brought me to a much bigger conclusion.  These needs were gigantic in scale to the Customer.  It was not about what went wrong, but more, “Can you HELP ME?” That’s when things changed for me.

Over the years, I have held positions in service and sales as well as general and regional management.  The one take away I always fall back on is: “How can I help?”  This sounds simple enough, but it is that extra care that makes a big impact on others. When working with customers, who may be dealing with some of the most stressful times in their lives, most everyone just needs a little bit of help. That can make a big difference.

Why I Founded Peak Suites

I founded Peak Suites because customer service is in my blood.  I’ve moved a few times myself, started a new job, and had children. These three are part of the five most stressful times in an individual’s life.  A family relocating, or someone starting a new job, coming for medical treatment or selling and buying a new home is stressful enough.  I founded Peak Suites to let every customer know that I understand what you are going through.

If I can remove the stress of locating a furnished home, make it easier to move in and make sure you are comfortable and stress free, then I’ve done my job. Life is busy enough as it is. There should be no need for you to worry about utility set ups, where to park, and to find this new place you’re renting.  If you need someone to talk to, or need help with your television or need someone to give you comfort in a softer mattress, then I ask you… “How can I help?” Know that I’m here to make a big difference in your life.